According to the International OCD Foundation, an estimated 1 in 100 American adults are currently suffering from obsessive-compulsive disorder (OCD).

Given some of the most commonly prescribed drugs for the condition (e.g. clomipramine, fluvoxamine) come with unpredictable side effect profiles, and frequently cause anything from diarrhea to sexual dysfunction, an increasing number of individuals with OCD are turning to more natural options for treating their symptoms — one of the most popular being cannabinoids like cannabidiol (CBD).

What is CBD, and Where Does it Come from?

CBD is the primary non-psychoactive compound found in the cannabis plant. CBD is different from the more well-known tetrahydrocannabinol (THC) in that it doesn’t produce the so-called “high” associated with marijuana consumption, where the body experiences significant muscle relaxant, analgesic, and sedative effects. Instead, CBD is associated with increased concentration, anxiety relief, and improved appetite.

As of this writing, CBD is most commonly sourced from industrially-grown hemp plants, which contain little to no THC.

It can also be extracted from other plant materials such as orange peels. CBD is currently being studied for a number of potential applications in the future of natural medicine, including its anxiolytic, spasmolytic, and anti-inflammatory effects.

It’s worth noting that CBD hasn’t yet been approved by the FDA for the treatment of any disease other than a pharmaceutical-grade product (i.e. Epidiolex) for seizures associated with Lennox-Gastaut Syndrome.

So what exactly can it do for OCD? In this post, we go over everything you need to know about the viability of using CBD for OCD; from what can typically cause the disorder to which of its symptoms can be ameliorated with the use of cannabinoids.

As of this writing, there’s no definitive answer to what causes OCD, as the condition likely arises from a combination of environmental and genetic factors.

However, some documented root causes of OCD include:

It’s important to understand that having any of these risk factors doesn’t necessarily indicate that a person will develop OCD.

Many people with OCD don’t exhibit any obvious signs of the above. Nevertheless, they are some of the most commonly linked root causes that researchers have identified to obsessive-compulsive disorder.

In the vast majority of cases, OCD doesn’t occur in isolation. OCD can cause a number of neurophysiological conditions in more serious cases, some of which can seriously affect one’s quality of life. Let’s briefly go over some of the most notable conditions associated with OCD below.

Anxiety can arise from feelings of frustration, dissatisfaction, or even a lack of closure over the state of one’s environment or surroundings. These episodes of anxiety can be mild — manifesting as worry or restlessness — or can be severe to debilitating, culminating in anxiety attacks or severe irritability.

Sleep Dysfunction can be caused by worry or agitation over unresolved or unfulfilled obsessive compulsions such as checking or organizing. This can result in bouts of insomnia, recurring nightmares, or even restless legs syndrome in more severe cases of OCD.

Depression can be caused indirectly by the socially debilitating and alienating aspects of severe OCD, such as mood swings, irritability, and lack of sleep. The resulting self-perception of being misunderstood or ostracized can worsen over time, resulting in lasting depression or mood disorders.

How CBD Can Help

CBD’s therapeutic potential is derived from its interactions within the endocannabinoid system (ECS), which plays a large role in a number of vital neurophysiological functions including the regulation of mood, pain, and inflammation.

Through its modulatory influence on the ECS, CBD can reduce the severity of symptoms of the most significant conditions associated with OCD.

First, CBD can reduce anxiety by slowing the breakdown of gamma-aminobutyric acid (GABA) in the brain. It does this through its inhibition of the mitochondrial enzymes GABA aminotransferase and succinic semialdehyde dehydrogenase.

GABA is an important neurotransmitter that helps to regulate anxiety, as well as control sensations of stress and fear.

CBD has also been shown to lower the body’s sensitivity and response to cortisol and adrenaline, both of which are the stress hormones responsible for the more severe physical manifestations of anxiety-like shaking or panic attacks.

Sleep dysfunction — specifically irregular sleep patterns — is another disorder that can be ameliorated with regular use of CBD, which can promote healthy sleep/wake cycles by increasing wakefulness, focus, and concentration during the day.

This can help to control sleep disorders marked by or resulting in daytime drowsiness (e.g. narcolepsy, recurring insomnia).

Finally, CBD has demonstrated antidepressant-like effects in multiple animal studies. It does this by rebalancing levels of serotonin and dopamine, which are neurotransmitters linked to sensations of happiness and well-being.

An imbalance of either of these neurotransmitters can cause a range of depression symptoms, including apathy and feelings of hopelessness.

Another study found that CBD helped to reduce oxidative stress and inflammation in the brain, both of which are associated with depression. 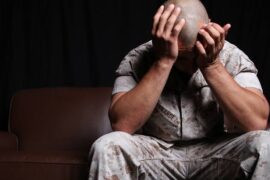 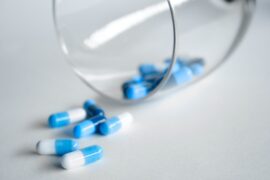 Eliminate the Stress of Motherhood with These Postpartum Abdominal Exercises

Burnout at Workplace- Cope with It in 11 Natural Ways

Find the Best Neurologist in Kolkata: Points to Consider