Parkinson’s disease is a neurodegenerative disorder that affects the movement of older people. It is the second most common nervous system disorder in the world. [1]

The symptoms may start with a barely noticeable tremor and sometimes cause stiffness and slowing of movement.

While Parkinson’s disease is incurable, treatment may significantly improve some of your symptoms. You can also use CBD to control some of the symptoms of this disease.

Recent research suggests that CBD contains some neuroprotective properties that may help soothe pain and tremors and improve the quality of your life.

Continue reading to learn about the efficacy of CBD for Parkinson’s disease, the risk factors, and how to use it.

Although the studies are limited, they are quite promising to those with this progressive neurological disorders.

In fact, some studies have proved its positive effects on people with Parkinson’s disease, particularly for some symptoms like tremors, pain, sleep disorders, psychosis, etc. Tremor or uncontrolled movement is one of the most common symptoms of PD. While most people rely on medicine to ease the symptom, it may get worse.

According to an open pilot study, CBD may help reduce these muscle movements. [2]

However, this was a small and old study. Further research is needed to verify the result.

2. It Can Soothe Pain and Inflammation Pain and inflammation may affect Parkinson’s patients regularly, making it difficult for them to conduct their day-to-day activities.

A study published in 2016 shows that CBD may help soothe pain and inflammation. [3]

Another small research conducted with medical marijuana found that cannabis could reduce pain in those with PD. Note that marijuana contains both CBD and THC. [4]

Another possible complication of PD is psychosis, which may cause delusions, delirium, and hallucinations. Up to 50% of people with Parkinson’s experience these symptoms in the later stages of their illness. [5]

A 2009 research, six patients with PD and psychosis symptoms received CBD in flexible-dose. The result showed a significant decrease in these symptoms. [6]

Besides, the treatment didn’t have any side effects on those patients. [6]

4. It Can Promote Better Sleep. CBD oil has been quite popular for improving sleep quality. Several studies have confirmed its efficacy in promoting uninterrupted sleep. [7, 8]

As people with this disorder have a lack of quality sleep, accompanied by a nightmare and continuous movement, using CBD oil may help them.

5. CBD May Improve The Quality of Life.

Parkinson’s affects the brain’s ability to produce dopamine, a chemical released by nerve cells (neurons) to other neurons. It’s a vital component for the brain and the body.

A 2017 research found that CBD could work against those symptoms and help increase the dopamine level. [9]

FDA has not yet approved any treatment for Parkinson’s disease that involves cannabis. However, Epidiolex, a medicine used to treat rare types of epilepsy, is approved by the FDA.

In fact, a research is being done to find the efficacy of CBD in treating Parkinson’s related tumor. Researchers are using this drug to conduct the study. [10]

Is It Possible to Prevent Parkinson’s With CBD?

There are some controversies on whether CBD can prevent Parkinson’s disease. While some researchers found its positive effects on preventing PD in animal studies, human studies didn’t show any significant results.

Besides, another study suggests that CBD cannot help you once you’re diagnosed with PD, meaning that it may only help in preventing the disorders. [11]

It’s because 60% of the dopamine-receptive neurons are already damaged by the time you start showing the signs of PD. [11]

As most of the studies have been done so far used CBD after the diagnosis is made, It’s efficacy in preventing Parkinson’s is still questionable.

How to Use CBD for Parkinson’s?

There are several ways to take CBD. Here are some of the best methods you can try to treat Parkinson’s disease:

Edibles: CBD edibles such as gummies, brownies, chocolates are quite famous these days. These are easy to carry. However, the doses can be discretely delivered.

CBD Capsules: CBD pills or capsules are perfect for those who have trouble having oils due to tremor. However, the effects will start slowly.

CBD Oils: You can swallow the oil or tincture or make them absorbed by putting under the tongue. It can be an excellent choice if you have trouble chewing edibles or swallowing capsules.

CBD Vape: CBD vapes are quite famous as the effects start to work fast. However, vaping may cause sore throat, coughing, and even damage your lung tissue.

Creams and Lotions: CBD infused lotions and creams can be an excellent choice to treat pain due to PD. But the effects might take a few hours to begin.

So far, no such adverse effects have been found with CBD. But, if you’re under pharmaceutical medications, you need to ask your doctor as cannabidiol may interfere with the effectiveness of some medicines.

You may also have some minor side effects such as nausea, tiredness, diarrhea, and loss of appetite.

Living with Parkinson’s is quite difficult as it is incurable. While no treatment can cure this disease, some may help to reduce the symptoms.

While there is limited research on the effectiveness of CBD in treating this neurodegenerative disease, it still holds a great deal of promise for those who have PD.

You must talk to your doctor openly about using CBD as a complementary treatment for Parkinson’s as it may reduce some of the side effects of conventional medicines.

Read Next: CBD Recipes to Try at Home – Cooking With CBD 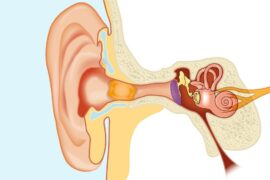 5 Essential Oils for Earwax: Recipes, How to Use, & Precautions