Living with Parkinson’s disease can be difficult as there is no cure for it.

However, some essential oils for Parkinson’s disease may reduce and calm the symptoms of the condition.

Parkinson’s disease occurs in older people, typically after the age of 50. It is a chronic and progressive disease of the nervous system.

Over time it gets worse and might need nursing care. Parkinson’s disease can stabilize after the patients have reached the age of 80. [1]

The early symptoms are shaking, slowness of movement, stiffness in muscles, and walking difficulties. Even daily activities can start to seem like an impossible task. [2]

Research suggests that essential oils may be useful in the reduction of depression, digestive issues, trouble sleeping, and skin inflammation. [3]

This article reviews the efficacy and uses of essential oils for Parkinson’s disease. Plus, as the symptoms, causes, and complications related to this condition.

What is Parkinson’s Disease?

Parkinson’s disease or PD for short is a disorder of the central nervous system. The motor system is affected by this disease which affects movement.

These nerve cells in the brain over time die or get damaged causing loss of neurons. These neurons take part in the production of dopamine.

Parkinson’s is the second most common age-related medical condition after Alzheimer’s disease. The prevalence of the disease worldwide is around 7 to 10 million people.

This disease can even make the patient’s financial condition worse as the medical expenses associated are quite high.

Although Parkinson’s disease is incurable, experts believe that essential oils do reduce and soothe the symptoms of the condition. [9]

There is no standard of treatment that applies to everybody. Treatments consider lifestyle and the varying symptoms that each person has. Cedarwood can be very beneficial for Parkinson’s disease as it can eliminate joint and muscle stiffness.

Cedarwood essential oil is also a sedative and has aromatherapy properties. It can help with depression, sleep trouble, skin inflammation, and also muscle pain due to its soothing and calm effect on the mind.

The stiffness is minimized using the oil on the skin externally or by inhaling the oil. Making yourself a bath with 5 to 10 cedarwood essential oil can be very useful. For depression, inhale cedarwood oil directly from the bottle or apply a few drops of oil above your eyebrows to relax. [10]

READ MORE: 13 Essential Oils For Better Sleep every day (I Like No#2 Most) Frankincense oil is known for its numerous beneficial properties. It is known to influence the nervous system which is one of the severe problems in patients with Parkinson’s disease. It is better to mix it with a carrier oil, such as coconut or jojoba oil before inhaling it or applying it to the skin.

It can also reduce depression and helps indigestion.

READ MORE: 12 Health Benefits of Frankincense Oil + How to Use It Sandalwood has many therapeutic benefits. The soothing scent helps to achieve calmness and clarity along with amazing healing benefits.

It leaves you feeling relaxed and peaceful. A study in 2006 confirmed that the chemical components of this oil provide mental clarity and calmness. [12]

Sandalwood like cedarwood and frankincense is high in Sesquiterpene. It ensures the active supply of oxygen to the brain. It is beneficial in treating muscle rigidity.

They help in relieving neurological symptoms by helping the body fire neurons.

Massage 2-4 drops of oil on areas of skin where there is rigidity or put them directly on the skin.

Massage sandalwood oil on ankles, wrists, and the neck to relieve stress and depression. Inhaling the scent from the bottle can also help to focus. [13]

READ MORE: 7 Essential Oils for Chakra Balancing That You Must Try

Marjoram oil when massaged reduces pain in the muscles and is known to calm the nervous system.

Making marjoram oil a part of one’s diet can improve digestion. Adding the fresh or dried herb or drinking it as tea can alleviate symptoms. Basil oil is beneficial for healing aching muscles which is very common in people with Parkinson’s disease. It acts as a calming agent to treat nerve and muscle conditions. Basil oil regulates neurotransmitters which help in anxiety and improve your disposition.

Basil oil can also reduce fatigue and tiredness. Basil has been used in medical practices since the 16th century in the Asian subcontinent.

With a few drops of basil essential oil, swollen muscles and joints can get a lot of comfort. Using basil oil along with coconut oil is very relaxing. [15]

READ MORE: 11 Natural Ways to Get Rid of Depression

Helichrysum is initially from the Mediterranean region, and for thousands of years, it is used for its medicinal properties.

Over the last several decades, there have been many studies to identify its potential, and Helichrysum has antimicrobial and anti-inflammatory agents. [16]

Helichrysum is a beneficial essential oil. It has a strong ability to lower inflammation of the brain which improves the blood vessel condition.

Helichrysum is also responsible for smooth muscle function. It decreases the swelling and inflammation of muscle which improves circulation.

Improved circulation lowers muscle pain and heals nerves and muscle tissue. It is used by adding 2 to 4 drops of oil directly to the affected area or by inhaling it.

When lavender oil, along with helichrysum is used, it relieves emotional stress and pain. [13]

READ MORE: 12 Anti-Inflammatory Herbs That You Should Know About

Vetiver oil has been known to act as a stimulant that calms the nervous system. It can be used to reduce Parkinson’s tremors. It also eases people if inhaled, and treats depression as well.

Vetiver oil is native to India and used in medicine in South Asia, Southeast Asia, and West Africa. Its soothing and healing characteristics make valued and sacred herb among many countries.

Another quality of vetiver oil is that it is a natural body cooler. It is known as the “oil of tranquility” in countries like India and Sri Lanka.

Its soothing properties also stimulate the immune system and support the nervous system, ridding one of stress and anxiety. Vetiver oil can also treat joint disorders and boost energy levels when you’re exhausted. [17]

The Symptoms and Signs of Parkinson’s Disease

The signs and symptoms of Parkinson’s may not notice suddenly. One might feel tired or have slight trembling hands; the speech might become slurred or lack facial expression. But the symptoms tend to increase over time as the progression continues. [6]

Some of the typical symptoms are:

The actual cause of Parkinson’s disease is unknown, but several factors are there which do affect the chances of having this disease. [8]

Specific genetic mutations are responsible for Parkinson’s disease, but they are scarce and uncommon. But having family members with this disease likely increases the chances of having this disease.

If exposed to certain toxins, the risk of Parkinson’s disease may increase, but the chance is minimal.

Parkinson’s disease has other complications or problems which can be treatable.

Although there is no definite cure for Parkinson’s disease, there are many medications that are used to lower the complications caused by the disease.

The side effects of these medicines have long-lasting and include dizziness, headaches, indigestion, stomach pain, fever with muscle aches, and nausea.

But alternative therapy like essential oils, massage, and a high fibrous diet can leave a positive impact on the mind as well as the body without any adverse side effects.

It is stated in the National Health Service (NHS), UK that up to 40% of the patients use an alternative therapy. [18]

Parkinson’s disease isn’t easy to deal with. All the things that we take for granted like walking, talking, and even eating become difficult. 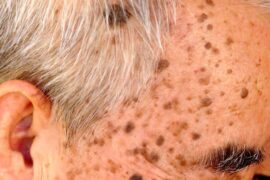