Around 16 million Americans are affected by rosacea, a common skin condition that most often affects the face.

It’s a chronic and inflammatory skin disease that worsens with time if left untreated. Rosacea is quite common in people with fair complexion and is often mistaken for pimple, acne, or allergy.

The worst part of rosacea is that it is incurable. However, there are some medications and treatments that may soothe some of the symptoms. Researchers are trying to find the exact cause and better treatment of this condition.

Continue reading to learn more about rosacea, its causes and symptoms, and the medications you can try to reduce its effects.

There are so many symptoms that are associated with rosacea. However, they may vary from person to person.

Some of the most common symptoms of rosacea include:

Although experts are not sure exactly what causes rosacea, some reasons may trigger the symptoms of rosacea:

Although there is no cure for rosacea, different treatments may help relieve the signs and symptoms.

Generally, a combination of medication and lifestyle changes gives the best results.

Followings are some of the treatments you can try:

If you have visible blood vessels, then laser treatment can be the right choice for you. The laser uses intense pulsed light that may help shrink the blood vessels.

A 2018 research published in the journal Lasers in Surgery and Medicine shows that a newly developed pulsed-dye laser improves the appearance of rosacea with favorable safety. [2]

However, be careful with laser surgery as it may also cause bruising, swelling, crusting of the skin, tenderness, and even infection.

You may have to go for plastic surgery if you have an enlarged nose due to thickened skin. [3]

Scalpel or laser surgery can be conducted to remove the excess tissue and the thick bumps on the lower half of your nose. A carbon dioxide laser may help shrink the blood vessel.

A combination of several topical and oral drugs may help reduce some of the symptoms of rosacea.

Besides, in recent years, several medications for rosacea were approved by the U.S. Food and Drug Administration (FDA).

In 2017, the use of oxymetazoline hydrochloride cream got its approval for treating persistent facial redness caused by rosacea. [4]

The ability of certain antibiotics, beta-blockers, and light therapy to reduce the symptoms of rosacea has been proved in a 2018 study. [3]

Besides, some experts suggest using azelaic acid for rosacea. The anti-inflammatory components of this acid may help reduce the inflammation, bumps, swelling, and lesions caused by rosacea. [5]

Some other FDA approved medications include:

However, the recommended treatment will vary based on the symptoms you have.

Rosacea is a painful skin condition that shouldn’t be taken lightly. It may cause minor flushing to excessive redness and inflammation depending on the severity of the disease.

Although this disease is incurable, several kinds of research have been done on the treatment and medications that can significantly relieve the symptoms of rosacea. You should consult with a doctor first to determine which treatment you should go for.

To cure rosacea, more studies are required to find out the exact cause of this condition. Researchers are trying a new method to diagnose and classify this disease while developing new treatments.

Read next: 13 Essential Oils for Rosacea and How to Use Them 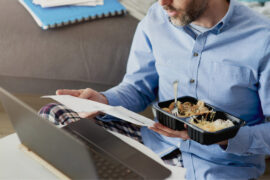 10 Causes of Bad Breath: Are Your Habits Due for Reassessment? 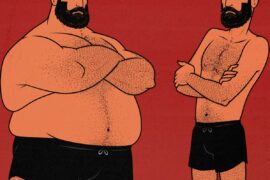 Body Fat Percentage vs BMI: What Is the Difference? 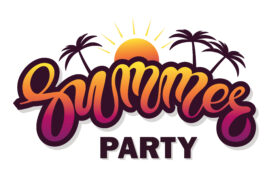 How to Get Ready for Summer Party Suffering From Any of These 6 Types of Nose Imperfections? Rhinoplasty Can Help