Grapeseed oil is extracted from the seeds of grapes, which are the byproducts of the winemaking process.

Although it is used as a natural beauty product, it can be a great cooking oil as well.

Grapeseed oil is quite healthy and contains a significant amount of omega-6 fatty acids, vitamin C and E, and some potent antioxidants.

Due to its high smoke point, grapeseed oil is ideal for cooking in high heat.

However, if you ever run out of this healthy cooking oil, there are some other substitutes for grapeseed oil that you can try.

Continue reading to explore some of the best substitutes for grapeseed oil in deep-frying, baking, and salad dressing. Olive oil, particularly the extra virgin one is quite beneficial for your health. It is an excellent source of fatty acids, antioxidants, vitamin E, and K.

In another research published in The British Journal of Nutrition, 140,000 people attended a trial. Those who consumed olive oil showed a much lower risk of stroke compared to those who didn’t.

Olive oil is quite smooth and light and has a high smoke point of 210º C.

It can make a good grapeseed oil substitute if you’re baking or making mayonnaise. Avocado oil is quite famous in the health and beauty industry due to its nutritious value.

It is packed with antioxidants and vitamin E that help improve the appearance of the skin, stimulate new cell growth, and reduce inflammation.

A study revealed in the Journal of Diabetes Research shows that avocado oil could reduce oxidative stress and improve the mitochondrial functions in the brain of diabetic rats.

Besides, this oil contains a high amount of vitamin A, folate, thiamin, and riboflavin.

It has a smoke point of 271º C. Due to this high smoke point avocado oil is good for deep frying. You can also use this oil for salad dressing.

Canola oil also originates from the grapeseed plant but through chemical extraction. It’s a good substitute for grapeseed oil when it comes to baking.

It has a high smoke point of 200º C and is cheaper than grapeseed oil. But the oil has a bad reputation as it is chemically extracted.

According to the research from the Scientific Report, canola oil might have some side effects on the brain health of mice with Alzheimer’s disease. However, more studies are needed to be sure about its side effects.

Canola oil contains both monounsaturated and omega-3 fatty acids. Apart from baking, it can also be used in sauteéing and stir-frying. Corn oil comes from the germ of the corn plant. It can be a good choice if you want an inexpensive alternative to grapeseed oil.

Its neutral flavor and a smoke point of 210º C make it an ideal choice for deep frying. Unrefined corn oil is considered less healthy than grapeseed oil and olive oil as it is high in calories and fat.

However, refined corn oil provides energy and essential fatty acids. It can also help keep the cholesterol level in balance. If you’re preparing a Chinese or Malay cuisine, then sesame oil can be a good option for you. This oil is known as one of the healthiest substitutes for grapeseed or any other vegetable oil.

Sesame oil is rich in antioxidants, polyunsaturated fats, vitamin K, and vitamin E. It also has a significant amount of zinc, magnesium, iron, and calcium.

Research published in 2017 confirms the antioxidant and anti-inflammatory effects of sesame oil on atherosclerosis.

Due to its high smoke point of 210º C, you can use this cooking oil in frying and any other recipes that require high heat.

Unlike grapeseed oil, sesame oil has a pungent taste and aroma, so you must use it sparingly. Sunflower oil is mostly used in skincare, but it can also be good cooking oil.

Extracted from pressed sunflower seed, this oil is a good source of vitamin A, C, D, E, and gamma alpha-linolenic acid.

According to research from The Journal of Nutrition, the intake of vitamin C can reduce the risk of cataracts.

Besides, sunflower contains selenium which can reduce the risk of cardiovascular disease.

Sunflower oil is good for frying meat as it has a smoke point of 230º C. Its neutral flavor also makes this oil a good choice for salad dressing.

Walnut oil doesn’t have a high smoke point, but it can still be an excellent alternative to grapeseed oil, particularly for salad dressing.

A study was published in Nutritional Neuroscience. It shows that walnut oil could reduce the severity of multiple sclerosis in the animal model.

Apart from that, this oil also contains vitamin E, B1, B2, and B3, selenium, iron, magnesium, zinc, phosphorous, and calcium.

Preparing a delicious and tasty dish requires the right ingredients in the right amount. If some ingredients are missing, you can still create that recipe with some creativity and the right substitute.

Whether it’s for deep-frying, baking, or salad dressing, you can use these healthy oils if you fell short of grapeseed oil. 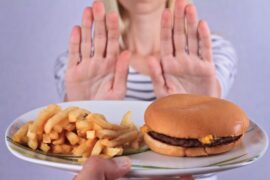 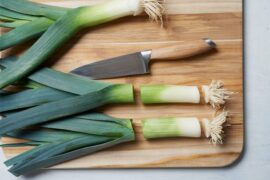 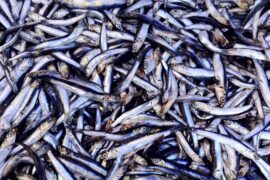