Ringworm is a fungal infection of the skin. It is commonly caused by a dermatophyte called Trichophyton rubrum [1].

The skin infection is characterized by the appearance of red scaly patches. These patches look like a ring and are highly contagious. They can easily spread from one person to another [2].

There are many antifungal essential oils that you can use to safely and effectively treat ringworm and its symptoms.

In this article, you will get to know the efficacy and uses of some antifungal essential oils for ringworm infection in adults and children.

You can choose any of the methods and oil according to your convenience. It is also advisable that you dilute the essential oils before using them to treat ringworm in children. Most people know thyme for its unique aroma, which is a cross between nutty and minty.

What many people do not know is that the oil extracted from this herb is actually replete with many amazing health benefits.

One of its more well-known powers is as an antifungal.

Thyme oil’s fungicidal activities have been well established in the scientific literature [3, 4, 5, 6].

In a 2008 study conducted in Serbia, it was shown that a one percent thyme oil solution was enough to combat the fungus Trichophyton rubrum [6].

The animal subjects with fungal infections were completely healed after 37 days [6].

This action can be attributed to the presence of thymol and p-cymene in thyme [3].

These active compounds work by preventing the growth and spread of the fungi so they can no longer infect other parts of the skin [3].

How to use thyme essential oil for ringworm infection: Like thyme oil, oregano oil is also a popular flavoring agent for food [4].

When it comes to health, it can help fight various types of microbial infections thanks to its antibacterial agents namely carvacrol and thymol [4].

You can put an end to your ringworm problem with this oil.

At 0.125 mg/ml, this oil can inhibit the growth and spread of infection-causing fungi by up to 75 percent, reports a study published in the Molecular and Cellular Biochemistry Journal [4].

According to a 1998 Greek study, meanwhile, oregano oil can inhibit fungal activities by 95 percent in as short as six hours [5].

These remarkable findings have been reconfirmed in other studies that also probed oregano oil’s fungicidal properties against different types of fungi [6, 7, 8].

Its broad-spectrum antifungal properties tell you that it can also work on other types of fungal infections and not just on ringworm.

How to use oregano oil to get rid of ringworm symptoms: The indigenous people of Australia were the first in the world to get to know about the potent healing effects of tea tree oil.

Over the years, it has also grown popular in other countries as a natural antiseptic and antimicrobial [9].

Its monoterpenes and sesquiterpenes are mostly responsible for its therapeutic mechanisms  [9].

A clinical trial done by Australian researchers reports that 60 percent of patients who used tea tree oil for skin fungal infections have been partially or fully treated [9].

This oil exhibited inhibitory activities against fungi, completely depleting them within eight hours of treatment [9].

It appears to have damaging effects on the fungus’ cellular membranes [9].

Other studies serve as proof that tea tree oil’s fungicidal actions are indeed useful for dermatophyte infections such as ringworm [10, 11, 12, 13].

It’s also one of those remedies that give quick results so it’s what you should try if you want to get rid of this problem immediately.

How to use tea tree oil for ringworm: A plant native to India, neem has always been highly valued for its anti-inflammatory, hypoglycemic and antimicrobial properties [10].

In fact, it has been used to treat all sorts of infectious diseases since ancient times [10].

Its oil extract has been tested in a 2003 Indian study for its efficacy as an antifungal for Trichophyton rubrum and other dermatophytes [11].

Evidence shows that it is enough to disrupt the growth patterns of these infection-causing microorganisms [11].

It was also noted that neem worked on other types of fungi as well.

How to use neem essential oil for skin fungal infections:

RELATED: 12 Home Remedies for Nail Fungus that are Simple Yet Effective Most people who use lavender oil know about its great ability to induce relaxation and tone down stress levels.

This is why it’s the popular choice for people who live hectic lifestyles.

Of course, there’s more to lavender oil than a stress reducer. It actually has many other benefits and uses that you can enjoy.

It’s another essential oil that you should use for treating ringworm.

A study published in the Journal of Essential Oil Research revealed that this oil can curb the actions of Trichophyton mentagrophytes, another type of fungi that also causes ringworm [12].

Using a disc diffusion method, researchers were able to see how well lavender works in controlling the activities of various strains of fungi [12].

It does so without causing any harmful side effects [12].

On top of these, lavender also has soothing properties that can tone down inflammation of the skin.

It doesn’t only kill the source of infection, it also alleviates the symptoms of ringworm.

RELATED: 5 Ways to Use Lavender Oil for Hair Problems A popular medicinal plant in Southeast Asia, lemongrass is recognized for its vast array of therapeutic properties including antibacterial, anti-amoebic, anti-inflammatory, antimalarial and antidiarrheal, among others [13].

Contributing to these pharmacological effects are terpenes, aldehyde, ketones, and esters [13].

Several studies indicate that lemongrass oil has potent inhibitory effects on fungi that cause ringworm and other types of fungal infections [14, 15, 16].

Using a solid medium diffusion method, researchers found that this oil has inhibitory effects on up to 16 strains of fungus that cause ringworm infection [14].

A 2011 study reports that it caused over 70 percent reduction in the fungi’s elastase activities, which led to their eventual death [16].

There have been no reports of users experiencing adverse reactions after topical application of this oil.

In other words, it’s not only highly effective but also safe in combating this particular skin problem.

It’s no wonder many rely on lemongrass oil for skin problems caused by fungi.

How to use lemongrass essential oil for ringworm natural treatment:

One whiff of rosemary oil and you can instantly feel your senses calming.

However, this isn’t all that rosemary could do for you.

Fact is, it can also treat a wide variety of ailments including fungal skin infections.

If you have ringworm, make use of this essential oil, which has been verified in many studies to have strong antifungal actions that can be useful in treating ringworm [17, 18, 19, 20].

A team of scientists from Serbia analyzed the antimicrobial effects of sage and rosemary oil on different fungal and bacterial strains [17].

Some of the most susceptible to its fungicidal properties include those that cause ringworm infection [17].

The main process by which this oil works is by inhibiting the growth of the fungal strains [17].

Even at low concentrations, it was highly toxic to the microbes [17].

How to use rosemary oil to get rid of ringworm:

Most of the essential oils listed here kill fungi by disrupting their growth and spread.

It does not have highly potent inhibitory effects on fungi but it strengthens the immunity so that it’s less susceptible to infection.

According to a study published in the Journal of Agricultural Food Chemistry, lemon oil has powerful compounds that help the body develop “natural resistance” against harmful pathogens like fungi [21].

Lemon oil’s antifungal mechanisms have also been proven in a 2007 study conducted in Spain [22].

Although there’s enough scientific proof to support the claims that lemon oil works for fungal infections like ringworm, more studies are necessary to establish both its efficacy and safety.

It’s good to know though that people who use this oil rarely experience any unpleasant side effects.

That is the as long proper procedure for preparation and application is followed.

How to use lemon oil for relieving ringworm:

There’s a good reason to believe that star anise oil is also an effective home remedy for ringworm.

A 2012 study reported star anise oil’s ability to curb the actions of four strains of dermatophytes including those that cause fungal skin infections [23].

Researchers have used the agar dilution method to identify the extent of the fungicidal effects of this oil [23].

They discovered, however, that this oil only worked on dermatophytes, and not on other strains of fungi.

This means that for other fungal infections, you have to seek out other natural remedies.

Ginger is a popular remedy for nausea and vomiting.

Its oil extract, meanwhile, is primarily used for relieving muscular pains and aches.

Another feather in its cap is its antifungal powers, which work in dermatophyte infections like ringworm.

A 2003 study featured in the Journal of Essential Oil Bearing Plants shows that ginger oil can fight dermatophytes, which are the leading causes of tinea infections [24].

And it works even more effective when combined with turmeric oil [24].

How to use ginger oil as a ringworm home remedy:

Peppermint plants are a hybrid species of water mint and spearmint plants. The cooling aromatic oil comes from the steam distillation of the leaves and stems of peppermint.

The active compounds of peppermint herb are menthol and menthone. These two chemical ingredients are a potent source of antifungal, astringent, antimicrobial, antiseptic, and anti-inflammatory properties. Peppermint oil is an effective home remedy for ringworm because of its fungus-fighting activities.

How to use peppermint essential oil for fungal infections:

RELATED: 8 Reasons to Use Peppermint Oil for Hair

Some Q&A About Ringworm Infection

1. What is the “ring” in ringworm infection?

It is because the rashes can be all scaly and cause the skin to crack. Thus, resulting in the “ring” worm infection.

2. Can animals transmit ringworm to humans?

Yes. They can. There are different types of animals that can transmit ringworm infection to humans. If you have a pet kitten or puppies, then you are at higher risk of contracting the ringworm infection from them. It is because these young animals usually have less hair compared to adult animals.

So, they can easily show the symptoms of ringworm infection. On the other hand, adult animals do not usually show these symptoms. Therefore, you must be very careful and keep your pet’s skin condition in check.

When to See a Doctor

It is very much possible to treat ringworm with home remedies unless or until you have a certain type of ringworm infection. Unfortunately, if you have a more complex form of tinea capitis infection, then you must consult a doctor for treatment.

Your dermatologist will prescribe you antifungal medication. You can take it for 1 to 3 months to be cured fully.

Nobody wants to have unsightly red patches on their skin. It is highly a need for these patches to be rid of as soon as possible. On the other hand, many essential oils have great antifungal properties. So, they are a great choice for the treatment of ringworm infection.

We have tried listing the best essential oils for ringworm treatment above.

These essential oils should be used with a carrier oil. For best results, always try using a small patch test to see if a certain type of essential oil is helping the infected area or not.

READ MORE:  10 Useful Home Remedies for Ringworm & How to Use Them 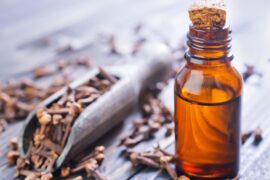 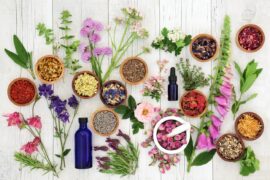 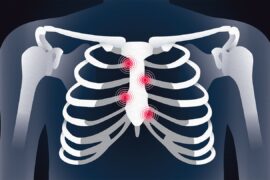