The basic difference between castor oil and Jamaican black castor oil is their specific processing methods.

Castor is a vegetable oil that comes from the beans or seeds of the castor plant (Ricinus communis L.) through cold processing.

Castor oil is one of the important ingredients in numerous manufacturing industries. The pale yellow, almost transparent oil is extensively used in producing coatings, soaps, and lubricants.

Jamaican black castor oil is extracted in a different method. The roasted castor seeds are mashed into fine powder in a mortar. After slow-boiling this castor beans powder in a wood fire, we get the thick, dark brown Jamaican castor oil.

This article reviews the health benefits and uses of Jamaican castor oil, all supported by scientific evidence.

1. Jamaican Castor Oil is Good for Hair and Scalp Problems. There is limited scientific evidence on the efficacy and safety of using Jamaican castor oil for hair.

However, numerous anecdotal report suggests that this oil is an effective remedy for hair loss, split ends, dandruff, and lice.

A 2017 survey in the BMC Complementary and Alternative Medicine journal investigated the traditional uses of natural ingredients in treating hair and scalp disorders in West Bank, Palestine.

The researchers found out that the residents of the area have been using 41 plants and 10 other organic ingredients to address various scalp and hair problems. Castor oil is one of those ingredients used in various combinations of specific treatments.

It is speculated that vitamin E, omega-3, and 9 fatty acids in Jamaican black castor oil may moisturize the hair and scalp. This way the oil can prevent dryness of the scalp and dandruff problems.

The key component ricinoleic acid in Jamaican black castor oil can strengthen and nourish the scalp and hair roots. The oil is said to help the hair follicles and stimulate the natural growth of eyelashes.

Jamaican black castor oil may have numerous benefits for the skin.

International Journal of Toxicology in 2017 reports on the therapeutic efficacy and safety of Ricinoleic Acid in treating numerous skin inflammatory disorders.

Jamaican black castor oil abounds in Ricinoleic Acid and may be effective in treating skin inflammations such as dermatitis, eczema, chapped lips, acne, and blackheads.

The researchers confirm that castor oil is not a major skin irritant and may have potential uses in cosmetic industries.

Other chemical constituents in Jamaican black castor oil also have potent antibacterial and anti-inflammatory effects on the skin.

The Ricinoleic acid may also inhibit bacterial acne growth. The omega-9 fatty acids in it may improve the skin texture and provide a smoothness, uneven tone, and complexion.
Its triglycerides may cleanse, moisturize and hydrate the dry skin.

The ricinoleic acid in Jamaican black castor oil is a strong natural laxative and stimulant.
The compound may have positive effects on stimulating bowel movements during constipation.

A 2012 research conducted in Germany investigated the laxative effects of Jamaican black castor oil through oral ingestion in rats.

The ricinoleic acid was absorbed by the intestinal walls and helped to stimulate bowel movements.

In another 2011 research in the journal Complementary Therapies in Clinical Studies, elderly patients suffering from constipation for more than 10 years found relief from castor oil pack treatment.

The patients experience a decrease in the stool consistency and straining sensation of the defecation process. Thus, the researchers concluded that active therapeutic compounds may be used to relieve the symptoms of constipation.

There is strong clinical evidence to support the laxative and stimulating effects of ricinoleic acid in inducing labor in pregnant women.

A 2012 research report in the PNAS journal states that the ricinoleic acid in castor oil may activate the EP3 prostanoid receptor and stimulate uterus contraction. This therapeutic effect of Jamaican black castor oil may naturally induce labor in women.

How to Use Jamaican Castor Oil

For topical use on the skin, scalp, and hair you can combine or dilute Jamaican black castor oil with other natural oils and ingredients. The recommended amount of dilution is 1:1.

In the case of oral ingestion, you should always consult an expert or health professional beforehand.

Many anecdotal reports and a few scientific studies claim the therapeutic benefits of Jamaican black castor oil. But its safety and efficacy for health uses are not conclusive. So you should follow some precautions before using the oil.

There are reports of a few adverse effects of Jamaican black castor oil such as swelling, rashes, itching, etc.

It is recommended that you do a patch test before the topical application of the oil and always dilute it with other natural ingredients.

In case of allergic reactions to the oil always seek medical help.

A recent study published in the International Journal of Trichology, confirms that a high concentration of castor oil may cause hair felting, hair matting, or bird’s nest hair. The researchers suggest that the higher viscosity and sticky consistency of the oil are the main culprits behind this hair disorder.

Jamaican black castor oil is the unadulterated form of castor oil. It has a superior quality of nutrients and therapeutic values for human skin, hair, and health.

There has been limited research on the health benefits of this oil.

However, the existing scientific data supports that the Ricinoleic Acid in Jamaican black castor oil may be a potential remedy for various skin inflammations, scalp, hair disorders, digestive problems, and women’s health issues. 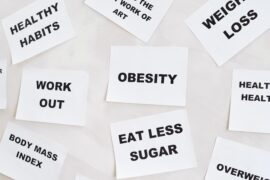 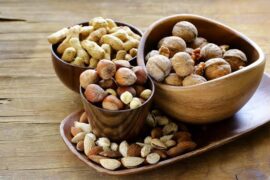 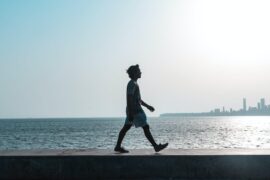 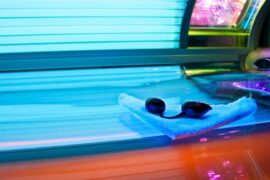 Coconut Oil for Tanning Bed to Get Gorgeous Tan